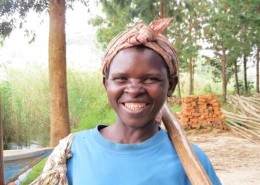 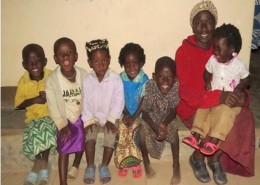 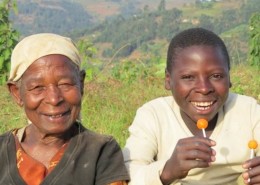 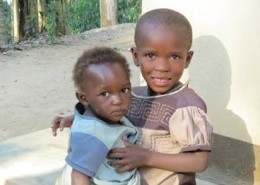 The Seeds of Hope project was set up to empower communities, especially the youth from the communities surrounding Itambira Island (located on Lake Bunyonyi, in Kabale District, in South West Uganda), by equipping them with life skills so that they may improve their households welfare and the youth to find gainful employment

Itambira Island ‘Seeds of hope’ is a not for profit, Non Government Organisation based on Itambira Island on Lake Bunyonyi. ‘Itambira’ means ‘place of healing or blessing’ in Rukiga (local language). It is indeed hoped that those visiting will receive God’s blessing.

Kabale District is located in the southwestern part of Uganda. The district is heavily populated, with one of the highest growth rates at 3%, and extensively cultivated. The estimated population, with a projection from the 2002 census is 660,000. With an area of 1,827 square kilometers (705 sq mi), the population density in the district is estimated at 361 people per km².

The main activity of the population is subsistence agriculture

The literacy level of Kabale is at 47.4%[1], while 76% of the adult population didn’t go beyond primary level of education

Most households survive on only one meal a day causing malnutrition, especially among the children. 16% of the Children are stunted. Women work in fields far from home (between 5-10kms) for 10-12 hours a day and children who stay at home skip meals or feed on poorly-preserved leftovers. Just over 20% of children have chronic malnutrition (TDI report)

Due to the dense population, people settle on the hill tops and reserve the lower fertile soils in the lower parts of the hills for agriculture whereas most water sources are found in the valleys and this causes people to haul water over long distances and on steep slopes. In Kabale district water hauling is mainly the work of women and children in addition to doing other domestic chores. This has contributed to many women having back problems and miscarriages and the poor school performance of children as they at times miss early and late lessons alternating it with water hauling.

Youth and children make up a large percent of the population (below 18 years) and many have a negative attitude towards work and this is one of the causes of low productivity and food scarcity.

Due to population pressure on land, there is over cultivation of the small available fragmented pieces for land using traditional methods of farming of burning the bushes, reclaiming swamps and deforestation have accelerated soil erosion leaving land barren. The terrain cannot promote mechanised agriculture due to land fragmentation and steep slopes of the area. This has led to low productivity hence poor feeding and poor nutrition causing poor growth and development in children. This has an impact on the environment as now the situation is unreliable rainfall, falling of water tables and long extended dry spell.

There is an increasing gap between rich and poor with 60% living below the poverty line. 70% of these are youth and many are unemployed

Specific challenges facing the youth in this particular area include lack of relevant skills leading to unemployment and hence redundancy, which can in turn lead to other social issues.

The mission of Itambira Island ‘Seeds of Hope’ is to serve the communities in the Lake Bunyonyi area by providing them with opportunities for learning and enabling and encouraging them to share God’s love through their increased life skills and gainful employment.

The indicators of achievement of this goal shall be:

The direct beneficiaries of this project are the families including the youth, especially those who have dropped out of school. The target populations are those who live in communities around Lake Bunyonyi and on the islands.

The target group will also include the local church leaders.

Those trained will also widely impact on their communities, imparting what they have learnt and gaining income from employment to support those in the family

‘He leads me beside still waters, He restores my soul’
Psalm 23

To receive news and updates

This site uses cookies. By continuing to browse the site, you are agreeing to our use of cookies.

We may request cookies to be set on your device. We use cookies to let us know when you visit our websites, how you interact with us, to enrich your user experience, and to customize your relationship with our website.

Click on the different category headings to find out more. You can also change some of your preferences. Note that blocking some types of cookies may impact your experience on our websites and the services we are able to offer.

These cookies are strictly necessary to provide you with services available through our website and to use some of its features.

Because these cookies are strictly necessary to deliver the website, refuseing them will have impact how our site functions. You always can block or delete cookies by changing your browser settings and force blocking all cookies on this website. But this will always prompt you to accept/refuse cookies when revisiting our site.

We fully respect if you want to refuse cookies but to avoid asking you again and again kindly allow us to store a cookie for that. You are free to opt out any time or opt in for other cookies to get a better experience. If you refuse cookies we will remove all set cookies in our domain.

We provide you with a list of stored cookies on your computer in our domain so you can check what we stored. Due to security reasons we are not able to show or modify cookies from other domains. You can check these in your browser security settings.

These cookies collect information that is used either in aggregate form to help us understand how our website is being used or how effective our marketing campaigns are, or to help us customize our website and application for you in order to enhance your experience.

If you do not want that we track your visit to our site you can disable tracking in your browser here:

We also use different external services like Google Webfonts, Google Maps, and external Video providers. Since these providers may collect personal data like your IP address we allow you to block them here. Please be aware that this might heavily reduce the functionality and appearance of our site. Changes will take effect once you reload the page.

The following cookies are also needed - You can choose if you want to allow them: